It's sunny and 68 degrees. In LONDON. And it's supposed to stay that way for at least a WEEK. So seize the moment and get out and about!

Since most of you are new to London or considering a move here, I thought you may want a fun way to explore your new city, actor-style: see some shows and check out the surrounding area.

Here's the lowdown on the top seven producing theatres in central London. I've highlighted any American connections in case you're interested.

Set aside half a day. Choose a show and spend a couple hours before or after strolling around the nearby area. You'll get to know the current theatre scene, and you'll see how the separate bits of the city knit together. You'll be surprised how different they are given their proximity. Cosy, cobblestoned Covent Garden is a world away from the sky-scraping, sleek suited mania of the City; while the tree-lined South Bank is an open-spaced cultural haven with unmatched views of the River Thames. 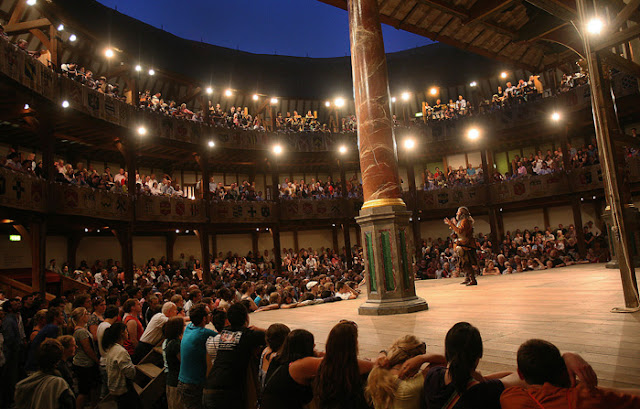 "Can this cockpit hold
The vasty fields of France? Or may we cram
Within this wooden O the very casques
That did affright the air at Agincourt?"
- Henry V

Theatre: The perfect place to start. This is the legendary wooden O where England’s most famous playwright did his thing. A magical place. I confess I had tears the first time I stood on the stage. Founded by American actor and director Sam Wanamaker and opened in 1997, the Globe is dedicated to the exploration of Shakespeare’s work and the playhouse for which he wrote. In January 2014 the brand new Sam Wanamaker Playhouse opens, built in the Jacobean style, which will showcase plays written specifically for indoor theatres.

Where it is: On the bank of the River Thames in Bankside, near Southwark Bridge. If it’s your first time you could visit the Globe Exhibition beforehand to learn even more about Shakespeare, his plays and the building itself. You could also wander over to the UK's largest museum of modern art, the Tate Modern or check out historic Borough Market for some gourmet food. There are some excellent footpaths that wind along the South Bank and lead to the next venue... 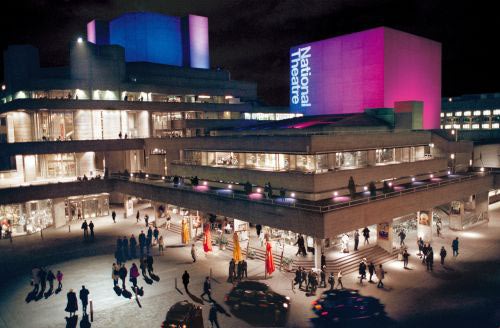 Theatre: The big mama. "One day I'll work here" is uttered by many a young, ambitious actor. The National stages over 20 productions a year in three auditoriums - the Olivier, the Lyttelton and The Shed. A mix of new plays and classics, with up to six productions in rep at any one time. They offer Travelex £12 tickets for selected shows. The building also has cafes, bars, a great restaurant, free exhibitions in the foyers, and a bookshop filled with play scripts and theatre-related tomes.

Where it is: On the South Bank of the Thames, just West of the Globe. A short walk from Waterloo station. South Bank, with its breathtaking riverside views, is the cultural heart of the city and home to London's most iconic attractions including the London Eye, Riverside Walkway and Open Spaces, BFI Southbank, BFI Imax, Royal Festival Hall at the South Bank Centre, loads of art galleries and more. 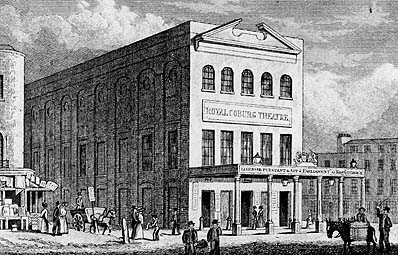 Theatre: First opened in 1818, the Old Vic is one of London's oldest theatres presenting big plays with big names under the artistic direction of Kevin Spacey. £12 tickets for Under 25s available. Read about its fascinating, star-studded history here or book online to get a backstage tour of the theatre. They also run the Old Vic New Voices programme, which nurtures talent and develops the next generation of theatre practitioners.

Where it is: A short walk from the National, The Old Vic is on The Cut in between Southwark, Waterloo and Lambeth North tube stations. Just down the road is the newer, more intimate Young Vic theatre, which produces new work and helps young directors develop and practice their art.

Where it is: In the centre of London's West End on Earlham Street, one of the seven dials of Covent Garden. This is a wonderful area to explore on foot, as it's rich with history and packed with architectural delights, West End theatres, shops, pubs and great places to eat. If you haven't already you've got to see Covent Garden Market, just outside the tube station. You won't be short of entertainment as street performers abound while classical musicians play in the courtyard space. And if you need some peace and quiet, just opposite the Piazza is the 'Actors' Church' (St. Paul's) built by Inigo Jones in 1633. 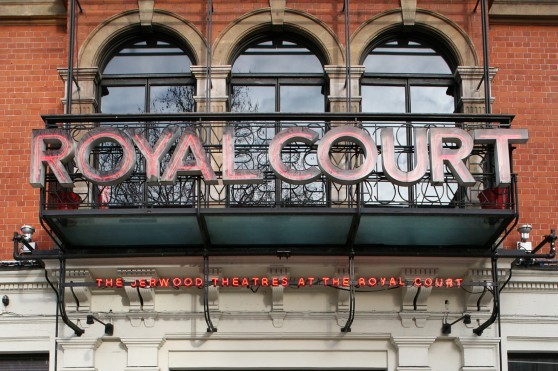 Theatre: This is Britain's leading national company dedicated to new work by innovative writers from the UK and around the world. The Royal Court Young Writers Programme also works to develop new voices with a biennial Festival and year-round development work for writers under 26.

Where it is: The attractive Sloane Square, synonymous with wealth and the very finest money can buy. Take a walk through the square, dine in one of many cafes, admire the beautiful buildings and browse the upmarket shops of Sloane Street and Kings Road. If you want to part with your money this is a much more civilized way to shop, away from the hustle bustle of Oxford Street and Piccadilly Circus. If you like contemporary art on a massive scale the Saatchi Gallery on Kings Road is a must-see; it's only a 5-minute walk from the theatre and has free admission. 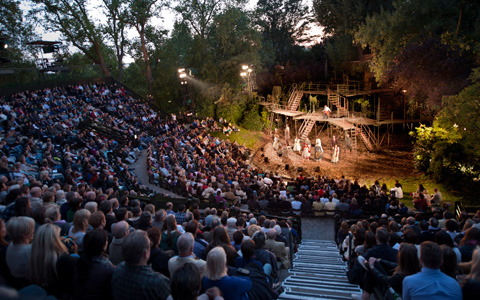 Theatre: This is another enchanting London landmark, open since 1933. A firm fixture of summer in the city (May - September) in the beautiful surroundings of a Royal Park. The outdoor theatre with its steeply raked auditorium is one of the largest in London with 1,240 seats. It creates an amazingly lush atmosphere. It appeals to a wide range of theatre goers with productions of Shakespeare, musicals, classic plays and shows for families. Once inside there's a range of tasty pre-show food options including picnic hampers, a barbecue, a buffet or covered dining amidst twinkling fairy lights. Book ahead if possible.

What's On: http://openairtheatre.com/whats-on?by=productions
The American classic To Kill a Mockingbird, starring Robert Sean Leonard as Atticus Finch, is on until 15th June 2013.

Where it is: Just a 10 minute walk from Baker Street tube station is the verdant oasis of Regent's Park - in my view London's most beautiful parks. I'm biased because I lived nearby when I studied here in 1998 and spent many hours among its leafy paths. On a warm summer night nothing beats a leisurely, boozy picnic followed by a magical few hours of open air theatre.

7. The Barbican, City of London

Theatre: Technically this isn't a producing theatre but it is Europe's largest multi-arts and conference venue presenting a diverse range of art, music, theatre, dance and film. And it's home to London Symphony Orchestra. So worth a visit.

Where it is: In the heart of the City, the UK's center of business and finance. It's amazing how much the East side of London looks and feels completely different to the West, where I live. The buildings are higher and newer, the streets are wider and everything moves twice as fast. It's probably the most New York-like part of London, and fascinating to see. And for you aspiring drama students, the Guildhall School of Music and Drama is a 5-minute walk away. You could also head northeast up City Road to explore artsy, edgy Shoreditch.

Timothy said…
Hey, absolutely amazing list and resource for anyone new to London! Thanks!
10:30 PM

Kosha Engler said…
Timothy, it's my pleasure. Glad it has been helpful to you! I've got another list for the top local producing theatres coming up in July, so stay tuned. Best, Kosha
9:19 AM

Delphier Romantics said…
thank's, this is very nice post...
5:23 AM

Unknown said…
I studied in London and I'm trying to get back. I lived in cockeyeville MD also, small world. Is it impossible now for an American actress to attempt the move to London and find work? I'm finding conflicting info so far. Thankyou for any help! Gabrielle j
6:58 PM